Go down to your basement and find 3 things which you have not thrown away yet because they are connected to a certain memory in your life. Put the 3 things out on the pavement on the route through Odense. If you follow the chain of things through the city you will end up outside a building. A guide will accompany you into the building to a dark room. In the dark you will hear the sound of memories of the people living in the city and stories about the things placed on the pavement. Surround sound of radio theatre, electronic sounds and spherical singing.

Video-, sound- and performance artist Tine Louise Kortermand (DK) and electronic musician Runar Magnusson (IS) have been on a time journey in people’s basements. People have told the cutest, oddest and most heart breaking stories about the things they have kept in their basements. Things that have not been thrown out because they are connected to a certain memory. Based on peoples memories the artists have created a sound story about what has been stored in the memory of people … 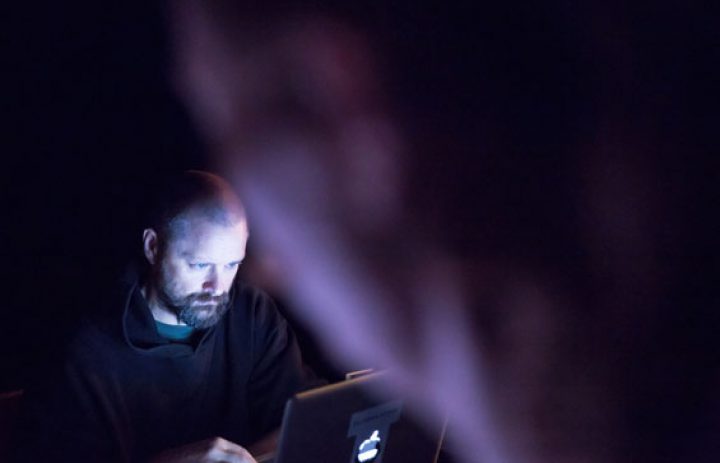 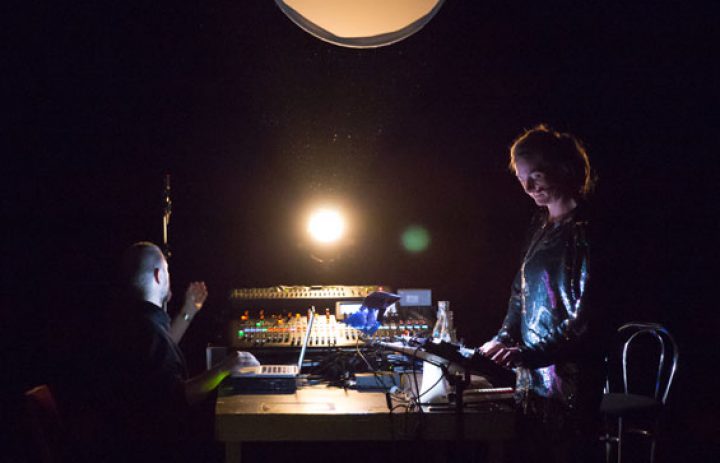 “City of Memories” – a journey through the memories of people.
The artists Runar and Tine invite people in Odense to take part in “City of Memories” with 3 things from their own basement. Within 30 days the artists have created a work of art which can be seen live on the 23 of August between 13:00 and 18:00. 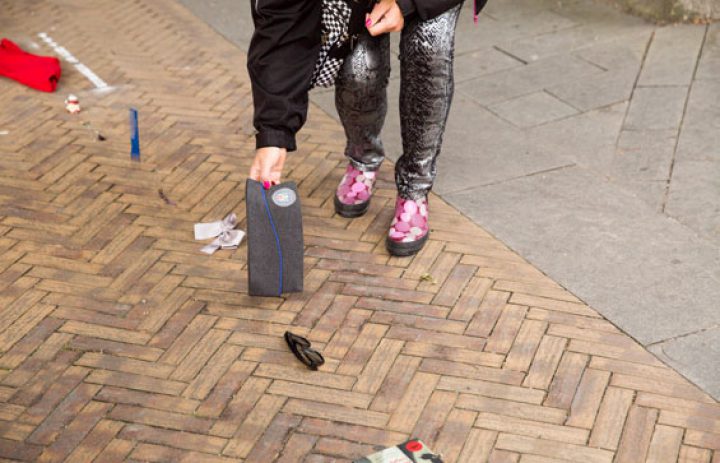 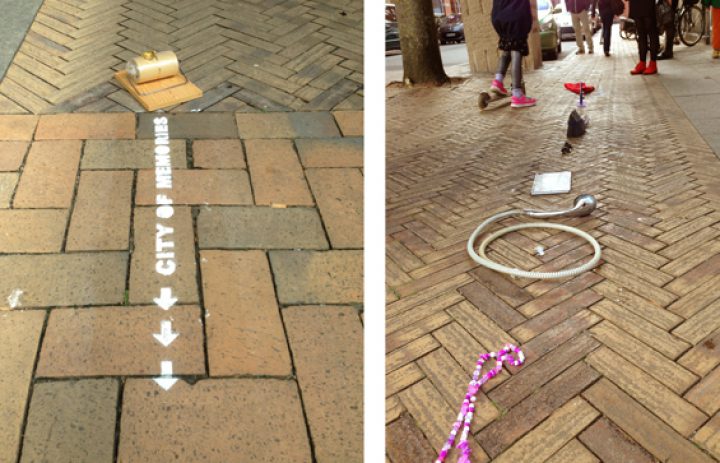 Listen to “City of Memories”… and experience the stories that hide behind the children’s books, the vinyl records, the disco ball, the milk bottle and the postcard which are some of the things you can see on the route through the city.

Runar Magnusson and Tine Louise Kortermand performed live for 5 hours in the dark room in the Funen Opera. Within the 5 hours you could listen to “City of Memories”. The sound work was created from the memories of 6 different people.

Jørgen’s memory of the record player and the records in his childhood home and his first meeting with classical music.

Ellen’s memories of the Puk-books that she read under her duvet with the light of a torch during the bombings of the war.

Christiane’s story of the disco ball that witnessed many parties.

Søren’s memory of his childhood in the country where he slept together with the cattle in the barn.

Nina’s story about nature and trolls in Iceland where she and her friend played on a hill that they said were inhabited by elves.

Olivia’s story about her trip to the Philippines with her dad and mum where they bought a mechanical bird in a cage in a marked place.

During the 5 hours that Runar and Tine Louise performed in the dark people could follow the route through the city, place their 3 things and at the end of the route enter the building and lay down in the meditative darkness and listen to the memories… 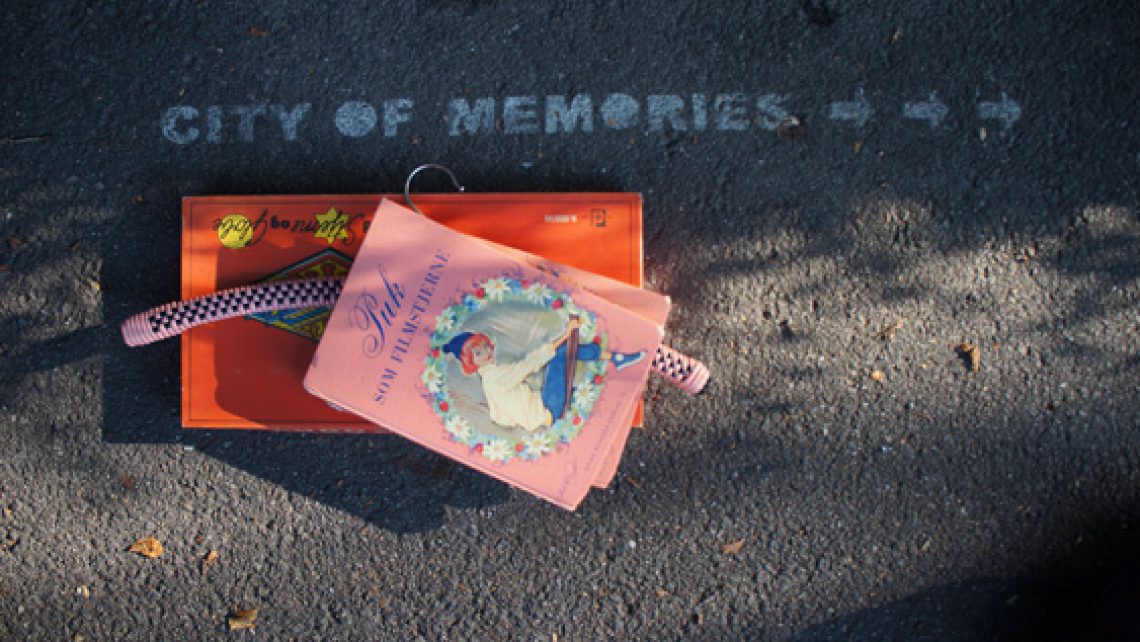 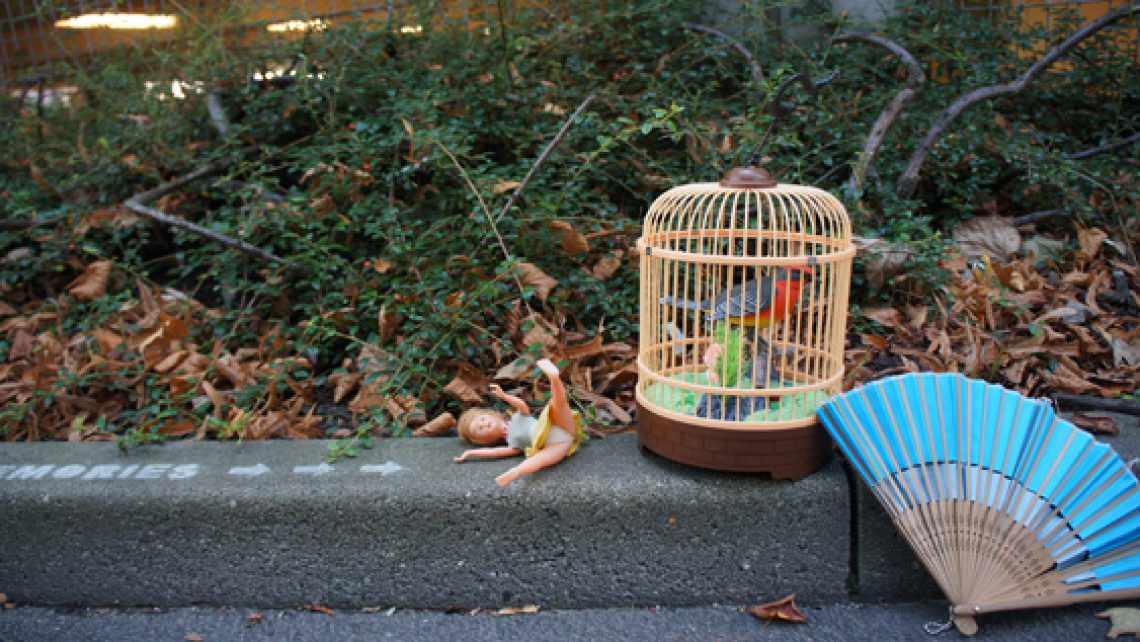 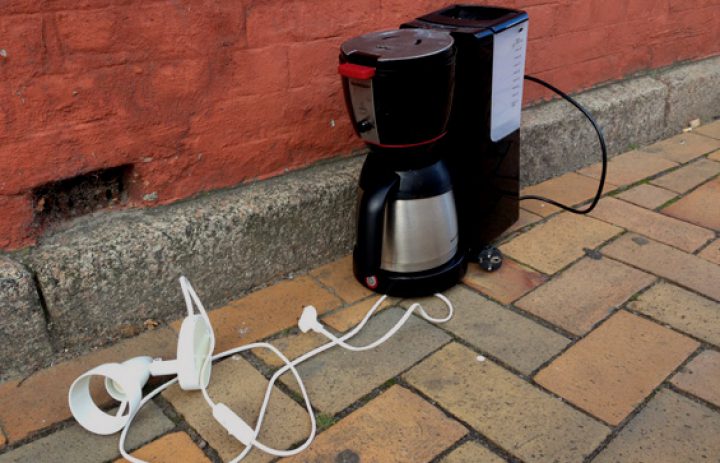 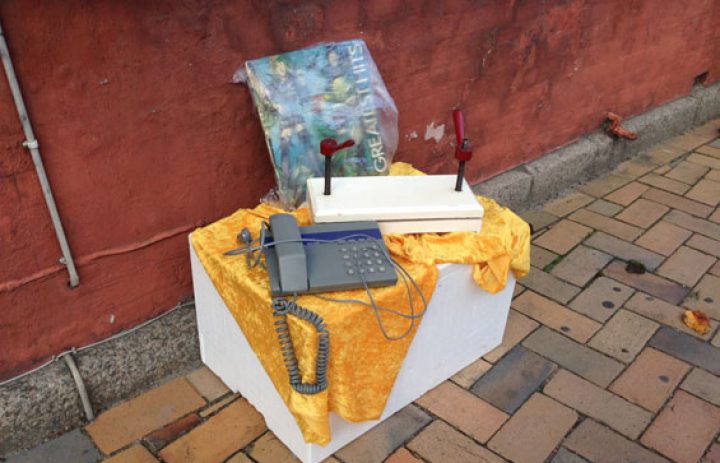 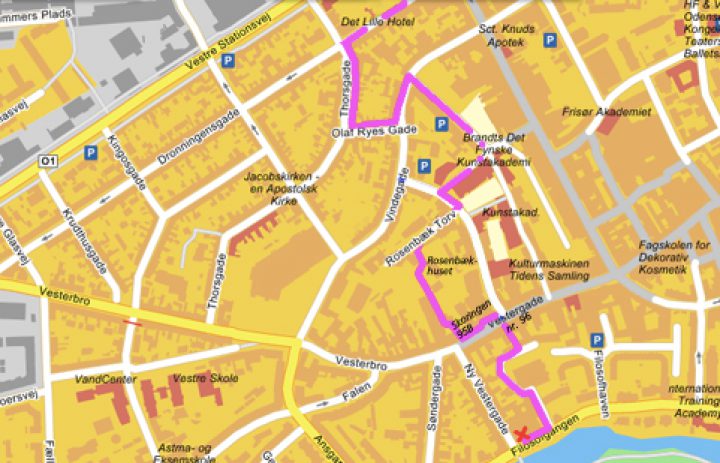 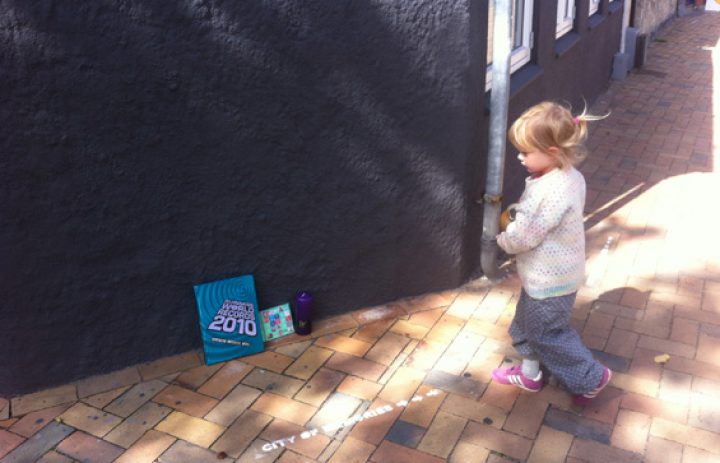 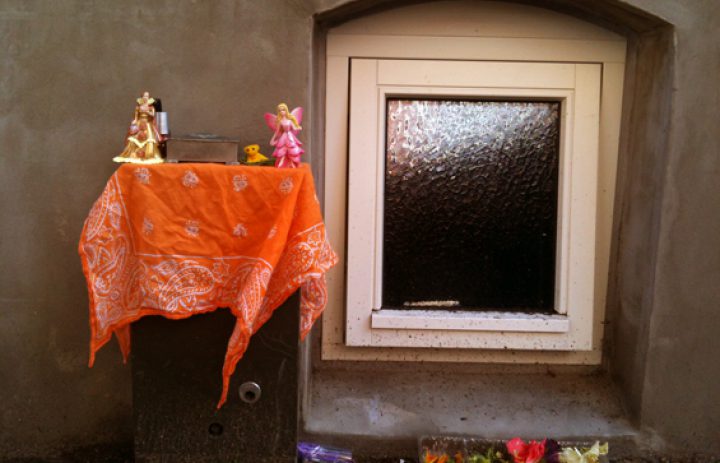 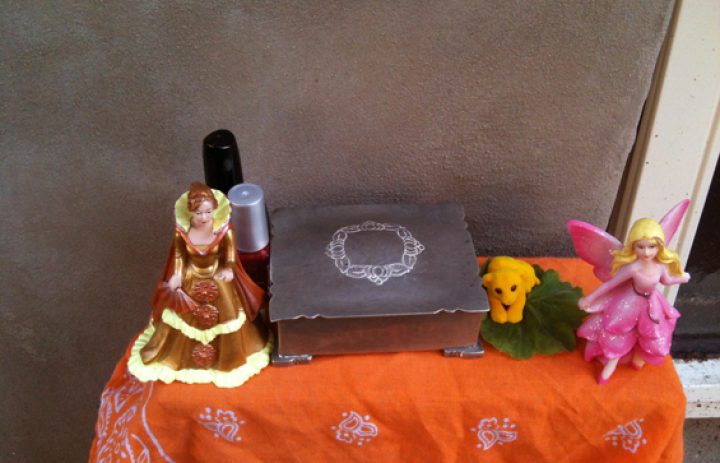 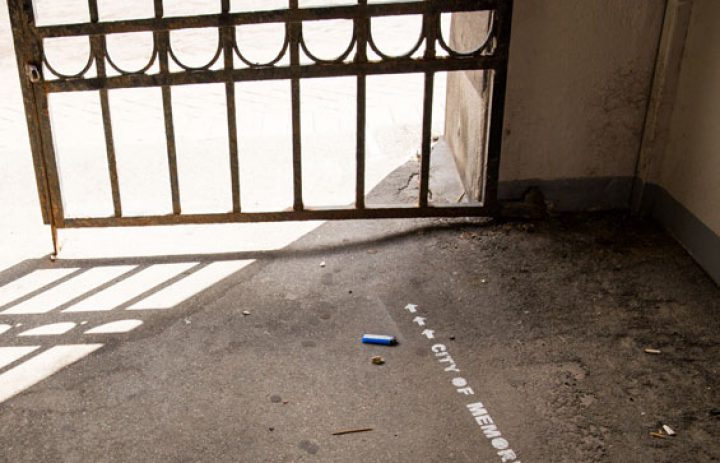 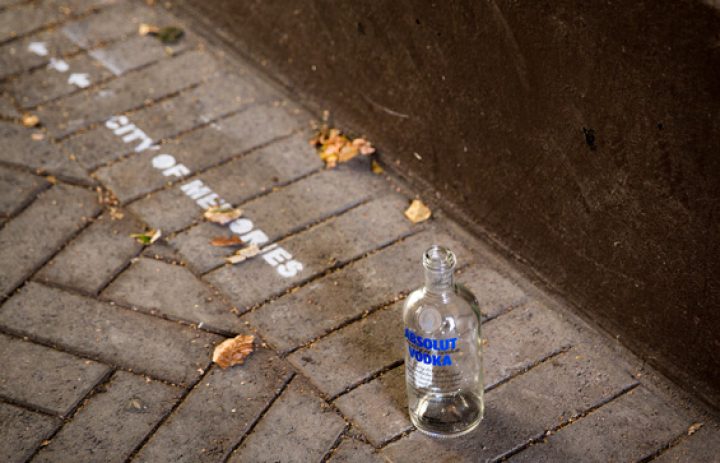 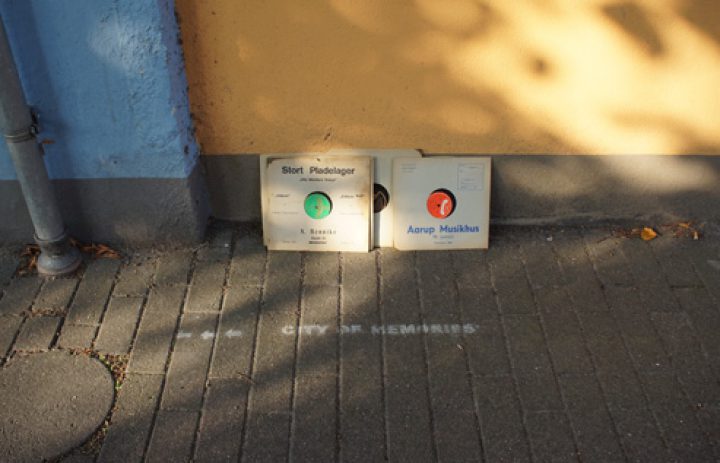 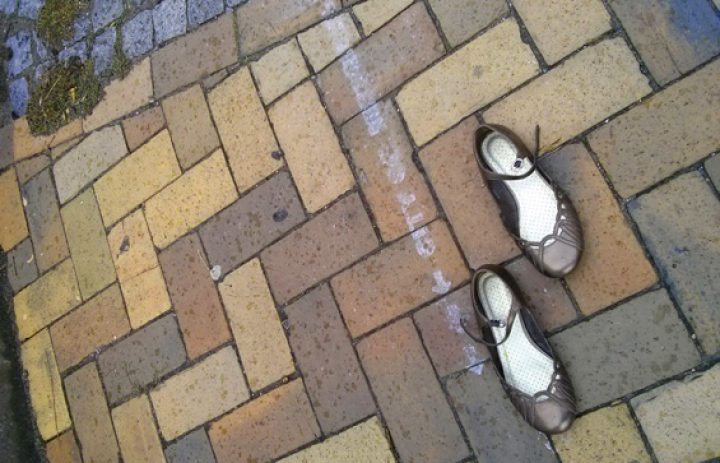 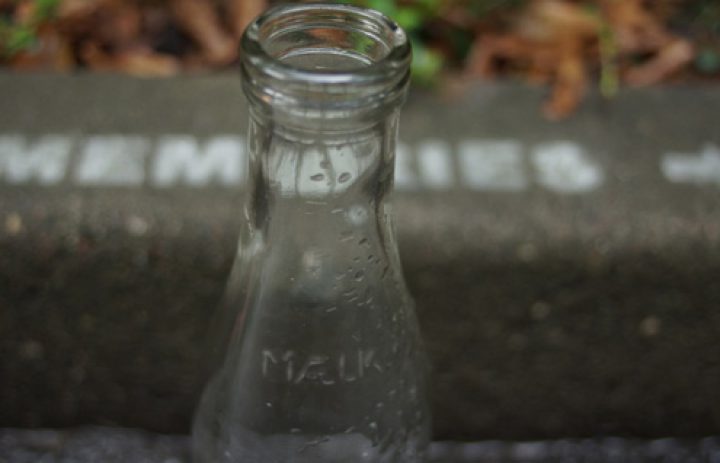 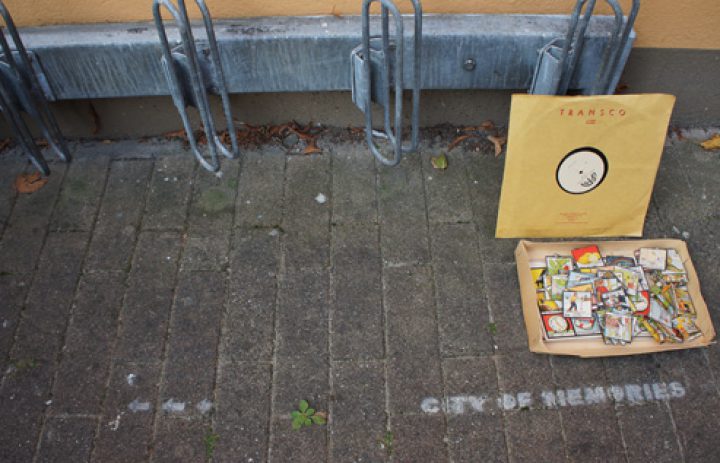 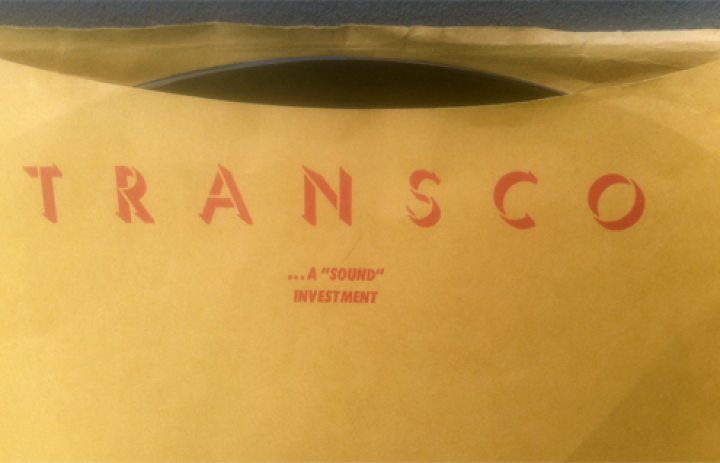 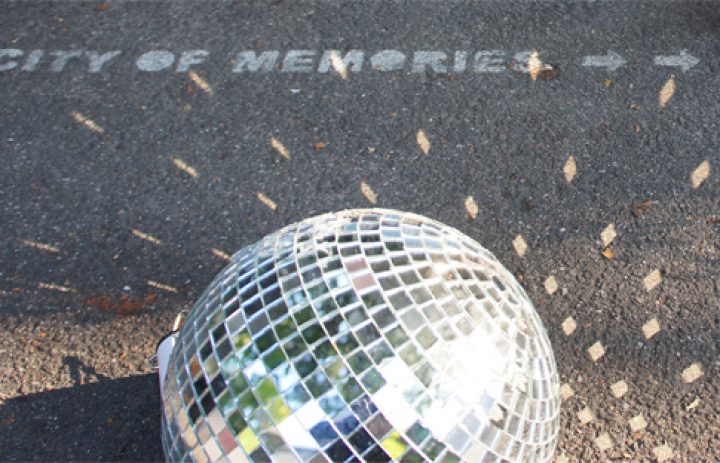 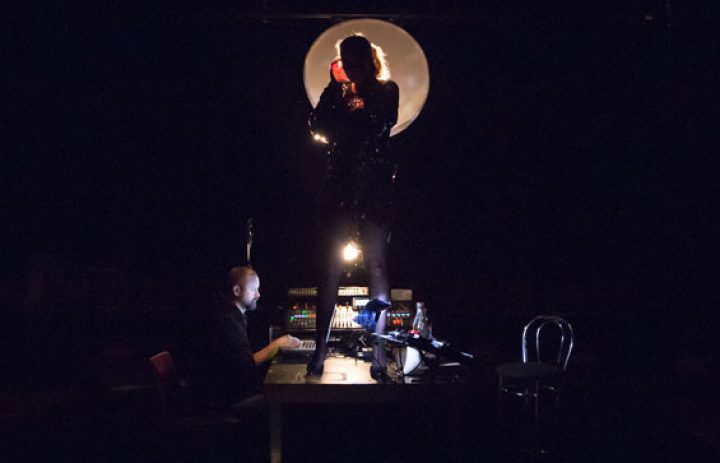 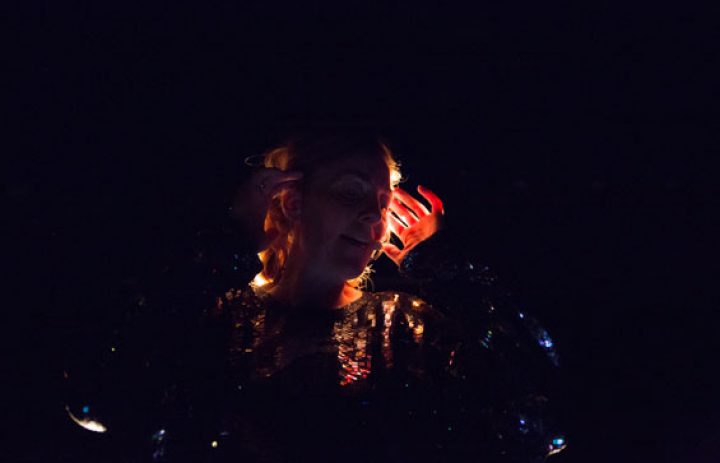