AUDIENCES SWINGING TOGETHER Annette Arlander (SF) To the seminar Swedish/finnish performer and researcher will bring her installation SWINGING. Combining video-footage, a large tree and an old fashioned swing she invites you, the audience, to share the motion of swinging as the night falls in Munkemose. Being not only an artist but also an experienced researcher and pedagogue she will also explain the theory behind her works.

Annette Arlander is a Helsinki-based artist, researcher and a pedagogue, one of the pioneers of Finnish performance art and a trailblazer of artistic research. She graduated as a director from Theatre Academy in 1981 and as Doctor of Art in 1999. Arlander was Professor of Performance Art and Theory at Theatre Academy 2001–13, Professor of Artistic Research 2015-16 at University of the Arts Helsinki and visiting professor at Stockholm University of the Arts. Her art work focuses on performing (in, with, through) landscape by means of video or recorded voice, in the border zone between performance art, video and environmental art. – See more at: http://www.av-arkki.fi/en/works/year-of-the-snake-swinging-installation_en/#sthash.aJrgWhs8.dpuf 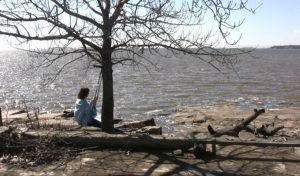 REHEARSALS AND PERFORMANCES INCLUDING YOUNG AUDIENCES – AND THEIR FEELINGS. Tiina Mölder (EST) ‘mindStuff’ is the name of the latest performance by Estonian choreographer Tiina Mölder. In this short workshop we will be presented for different ways of opening op the thoughts feeling and emotions of the young participant – and different ways of including the young spectators in the final work.

Tiina Mölder is one of the choreographers connected with Sõltumatu Tantsu Lava, a new built dancing space of Talllin. STL is located in the new theatre center in Tallinn – VabaLava – which is being developed to become a local performing art center for the free-lance artists and artists residencies. Tiina Mölder graduated the Tallinn University’s dance department and improved herself in different workshops, but mainly through the work experience as a dance maker and movement teacher. She has worked as a dancer with various choreographers from Estonia and abroad, among others with Jarmo Karing, Katrin Essenson, Thomas Lehmen (Germany), Kaja Kann (Estonia), Jenni Kivelä (Finland) and Cid Pearlman (USA).
Tiina is founding member of dance collective called United dancers of Zuga (1999). Throughout the years different artists have participated in the various adventurous performances of ZUGA. Most important and interesting for company are the people with whom company is working. There is no authoritarian leadership. Zuga’s works have been created in collaboration. ZUGA loves to have the audience to be part of the performance and takes it onto the stage to enliven the relations between performers and spectators. One important part of ZUGAS work is performances for kids and collective works with youngsters. 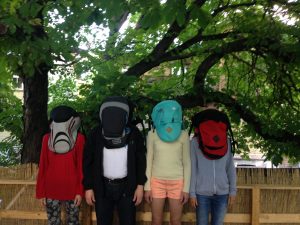 USING YOUR BODY TO GAIN NEW INSIGHTS Bolette Borg (DK) Based on Qi gong, physical and sensuous practice, playing around and the frames that is given us by the surrounding Munkemosen, you will be presented for exercises that can enhance and deepen your presence. You will also learn about your body as the starting point for artistic works and get a grasp of the deep-rooted knowledge that lies within your body.

Bolette Borg is an actor and teacher in physical theatre. She recently took a master in the phenomenology of the body. Through my experience as a professional Bachelor in Pedagogic, a stage artist and a communicator. 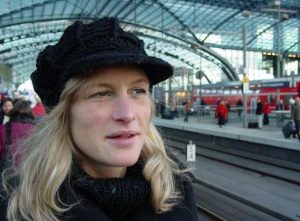 INCLUDING THE AUDIENCE AND NEW ASPECTS OF THE ART Sine Tofte Hannibal (DK) Hear about NEW MUSIC: NEW AUDIENCES, an international network focusing on developing new concert formats for contemporary classical music. And hear how what it demands of you, as organizer and artist, to launch new ways of performing and meeting your audiences.
Music organisations and ensembles from 17 European countries participated in a two-year project (New Music : New Audiences, 2012-2014) on audience engagement with the aim of creating and trying out concert formats in tune with a contemporary audience. The project was supported by the Cultural Programme of EU and explored several aspects of the way that new music can meet an audience. 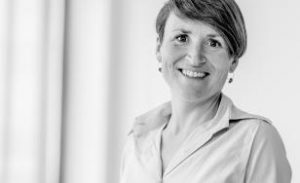 ENIDING RITUAL GAME – Nullo Facchini (DK/IT) As a Human Specific performance Nullo Facchino will guide us through our ending ritual game. Thereby offering all of us personalized experiences and allowing us to navigate through an aesthetic and sensuous universe with space open for genuine encounters, interaction and presence.

NULLO FACCHINI has since 1983 directed the performances of Cantabile 2, the regional theatre of Vordingborg since 1990. Cantabile 2 creates internationally recognized Human Specific performances. In addition, the theatre has lately produced performances for children and youngsters that are well visited by the schools in the municipality of Vordingborg. Since 1990 the company has organized the international theatre event, Waves Festival, which takes place in Vordingborg odd years in August. The Waves Festival presents around 80 performances in 8 days – indoors and outdoors, as well as workshops, symposiums about performance arts and debates. Cantabile 2 is also actively engaged locally, offering workshops for students, networking activities and project development I collaboration the institutions in Vordingborg etc. 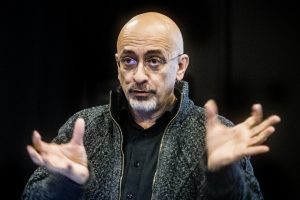 Nature Wild is not only a performance but also a specific ideas of how to involve the audience during the production phase, so they get a deeper insight in the theme and are attracted to the new interdisciplinary performing arts. She approaches the young people both as audiences and creators. Simultaneously with the professional performance being produced the young people also creates their own work. During 3 workshops the young people attend a boot camp in the forest. Like the soldiers retreating to nature the students goes to the forest without the protection of roof, walls, phones etc. From their experiences in the forest they create an audio work and land art objects from materials gathered in the forest. Their working process ends in a big flash mob with 200 young people who’s been attending the workshops. Kortermand is working with audience involving from a phenomenological point of view; that there is nothing in your mind that has not been through your senses.

Since Tine Louise Kortermands graduation from The Academy of Fine Arts of Funen/media graphic department in 2001 has worked in a cross-over between visual art, music and performance. And often co-creating cross boarders between Nordic artists. Through the organization Nordic Performance Art a major part of her work is concentrating on audience development, including people and their life stories both as inspiration and as part of the process of producing art. Her work in the field of relational aesthetics is documented by art historian Trine Ross in the book, ”Kunsten tæt på hverdagslivet”. Se more at https://nordicperformanceart.dk/ 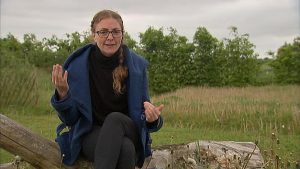 AUDIENCES STORIES IN MADRID AND BIRMINGHAM Miguel Oyarzun (ES/UK) Playwright and actor will lead us through his work with African emigrants, his attempt to mix the stories of Spanish and Chinese teenagers living in Spain, and working with old theatre professionals and non-professionals. You will also learn how working with teenagers to tell their stories or red gaffa-tape can act as a vehicle to enhance the cultural practice of citizens of Birmingham.

With a mixed theatre background from both traditional theatre, Comedia dell Arte, Michael Chekhov techniques and Augusto Boal and the Theatre of the Oppressed Spanish Miguel Oyarzun combines his career as a theatre maker with teaching workshops internationally. He founded his company Mirage in 2010. He is also co-director of BE FESTIVAL, an international theatre festival for emerging companies taking place in Birmingham every July. See more here: befestival.org 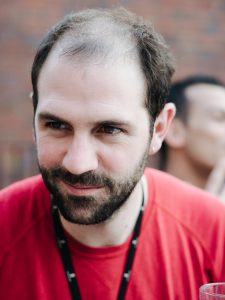 TO CREATE DANCE FOR CHILDREN WITH CILDREN – Sofie Christiansen (DK) –
For the seminar, choreographer Sofie Christiansen will bring some of the children that she has involved in the process of creating the interactive performance KNUD ROMERS ABC.
The performance is made together with a bunch of children. Throughout the show all the children are on the floor, and the room is constantly changing.
At the seminar sART Danse Teater and the children involved will show the result of a week’s workshop: A miniature show – a show where the children are both performers and spectators. 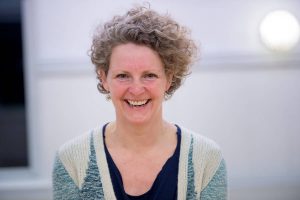 THE MOVEMENTS AND THE SOUNDS OF THE CELLS – AND OF YOU. Birgit Løkke (DK)
Together with several meters of electrical tubes you – as an audience – is invited to make your own music. The sounds you are creating are simultaneously being transformed into a musical score.

Birgit Løkke is a composer, percussionist and vocalist. She composes for film, theatres, orchestras and her own projects and performances. CELL and KLINT are her latest music dramatic performances and KLINT was nominated to a Reumert award 2017 for the best performance.
Birgit Løkkes work as a percussionist, vocalist and composer produces a flow of exuberant multi-faceted sonorities from a vast armoury of percussion instruments collected from all over the world.
Birgit has developed her own colourful graphic scores for use in her solo performances and for scores to orchestras.  Also she combines art and science in her own projects. During her researchings she discovers new sounds and creates new soundscapes for example by recording sounds from cells, stones, atmospheres from the Canadian wilderness and transforming that into music. On board a submarine she collected sounds from the deep sea. 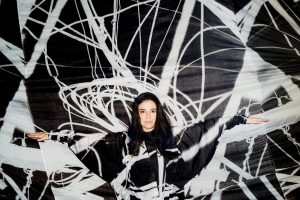 UNDERSTANDING THE NEW WORKS Monna Dithmer (DK) With fearless curiosity Monna Dithmer will give us a sharp and precise cut into Nicolas Bourriaud’s thoughts about how works of art first materialize in the actual meeting with the audience – and how the work opens up for thoughts and dialogue. Drawing from her experience from more than 30 years of reviewing different theatrical arts, Monna will also provide us with tools for understanding these works. Monna Dithmer is also the woman who rounds up the seminar – and shows us into which frames we can understand the performances, thoughts and experiences that we have met at the seminar.

Monna Dithmer, theater and dance critic; mag.art. in literature science 1989. Monna Dithmer was the 1989-94 theater and ballet critic at Dagbladet Information and came to Politiken in 1994, where she became editor of theater in 1995. Monna Dithmer has a particular focus on the new trends within the performing arts (theater, performance, dance, new circus). In addition to her reviews and reports she often works as a moderator and guest lecturer. 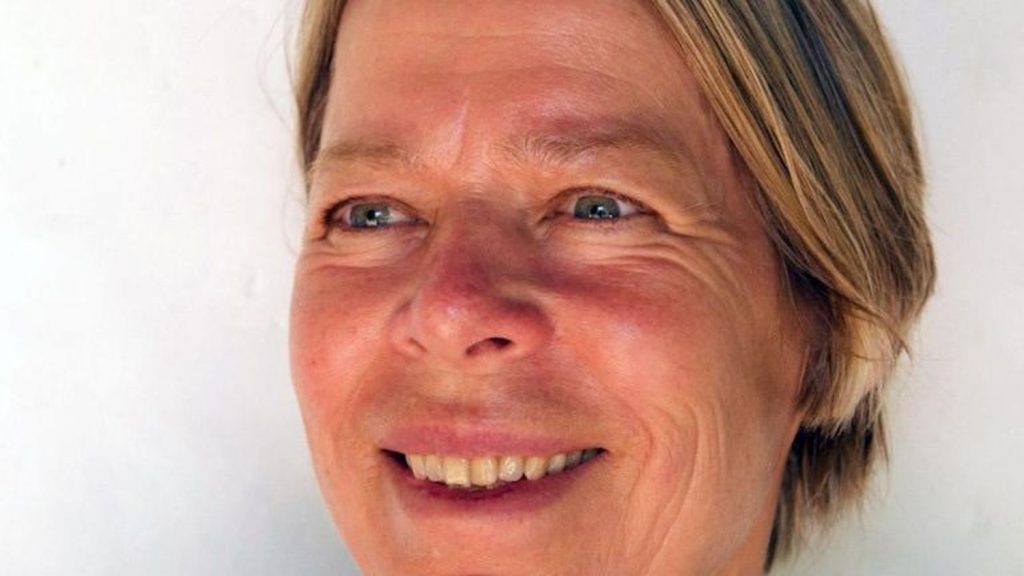 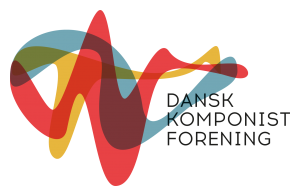