2000 years ago a Chinese concubine invented a secret script (language) called Nüshu. Only women learned the language. It was transferred from mother to daughter when the daughters had their feet bound to 7 centimetres.
It was painful to have your feet bound and many girls died during the process.

Using Nüshu the girls and women were able to tell about all the things they were not allowed to feel or express. The secret language was both a written and a spoken language. The women wrote secret diaries, embroidered secret messages into the clothes of their husbands and created seven-syllable songs that they sang in the absence of men.

Nordic Nüshu is created with inspiration from the secret Chinese language and interviews with 9 Nordic women who have told their deepest secrets.

A WORK CREATED ACROSS THE ART FORMS
Four Nordic artists have together created a music-dramatic performance inspired by the 2000 years old secret Chinese language Nüshu. The performance unfolds the 9 Nordic secrets in mix between electronic surround sound-installation, Video-installation, the innocent voices of the girls in the choir, church organ and stamping of clogs. 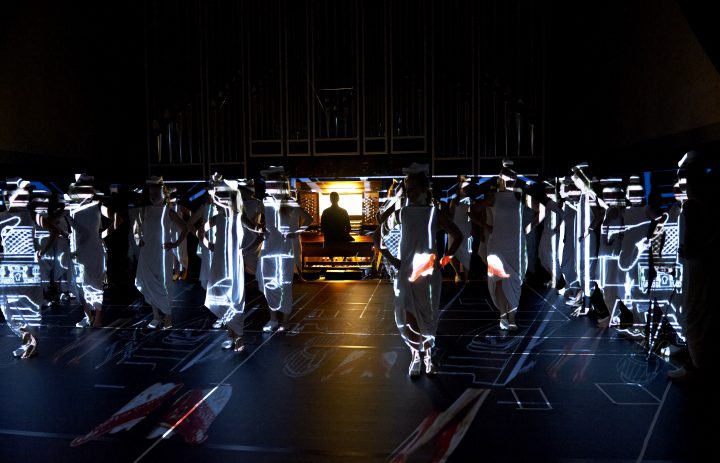 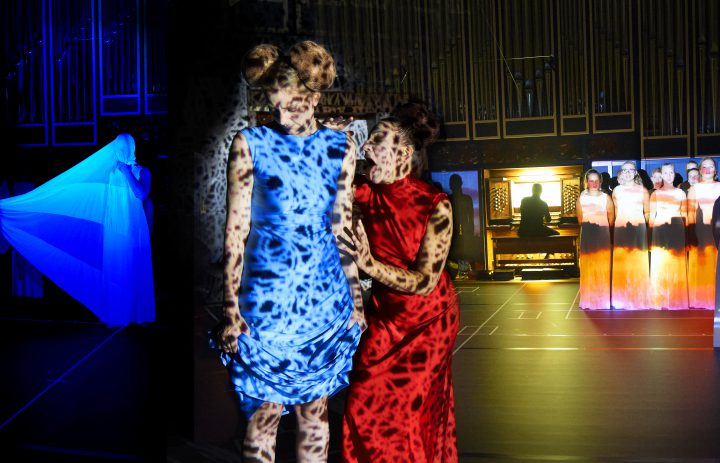 Review of Iben Friis Jensen, FS 22/4 2013, 5/6 stars.
The overall experience is aesthetic, brilliant and so emotional that the
distance from laughter to tears is short and the feeling of having attended
a fantastic and imaginative show or a richly faceted performance reaches
far into the future.

SHARE – THE CLASSROOM IN CYBERSPACE
SHARE is a classroom in cyberspace; a new way to communicate experimental art where young people are involved and are asked to be active co-creators at the same time as the art is communicated and experienced in a playing way.
At present 340 students have participated in SHARE.
The project won the Benny Andersen Prize in 2016.

SHARE is connected to Nordic Nüshu and is supported by Kulturregion Funen.
Read about the teaching materials here: http://www.nushu.dk/skolemateriale
We are more than willing to tell about the teaching project and how it meets the requirements of the syllabus in Danish. Contact: mail@nordicperformanceart.dk

SEE THE PROJECTS OF THE YOUNG: http://www.nushu.dk/share